TGIF! We have some fascinating stories about the world of Apple to get your weekend started off right:

This is Steve Sande for Apple World Today, and you’re listening to the AWT News Update for January 27, 2017.

An Apple Watch deal offered by an insurance company in the UK appears to be upsetting customers who took advantage of that offer. Vitality Insurance, in a play to make its customers engage in healthy habits, had a deal where those customers could get an Apple Watch for £69 or about $86, much less than the usual retail price. In return, the customers needed to use Vitality’s app to prove that they had engaged in activity tracked by the Watch. By gaining 160 “activity points”, Vitality’s clients don’t have to pay an extra £12.50 each month. Well, the Watches are working perfectly, but the app is apparently crap. Many clients are saying that the app never synchronizes the activity data with the company, resulting in the extra charge being billed to them each month. How bad is the app? Out of 667 review it’s received in the UK app store, the vast majority have given it a one-star rating — the lowest possible rating. Vitality says that only a small number of customers were affected and is placing blame on customers syncing their devices incorrectly.

A Chicago man who pleaded guilty to hacking into the Apple email and iCloud accounts of several celebrities in 2014 was sentenced yesterday to nine months in jail. 29-year-old Edward Marjerczyk was the second person to plead guilty to felony computer hacking charges in a scheme that used phishing to target more than 300 users. The hack was notorious in that nude images of top celebrities were made public. At the time that the incident took place, media reports inaccurately placed the blame on an alleged iCloud data breach. Apple denied those claims, and it was later found through the testimony of Majerczyk that simple social engineering hacks were actually to blame. Majerczyk received the light sentence as part of a plea deal, and was also ordered to pay $5,700 in restitution to an unnamed victim who spent twice that amount on psychological counseling as a result of the pictures that were made public via sharing services like BitTorrent. Last year, Ryan Collins of Pennsylvania pleaded guilty to charges that he successfully phished for and accessed data from 50 iCloud accounts and 72 Gmail accounts. Collins was sentenced in October of 2016 to 18 months in prison.

Our final story on this Friday afternoon has to do with Apple’s celebrations for the Chinese Lunar New Year this weekend. The company’s festivities are taking place around the world. In the US App Store, iPhone and iPad users can see two lists of games, one titled “In the year of the rooster…” and the other “We wish you happiness.” The first list shows games that feature chickens and farms, Crossy Road being a perfect example, while the second is a mishmash of other popular games. The Canadian App Store has a list of free and paid sticker packs, some with the Chinese New Year theme and others highlighting — you guessed it — chickens. Many of the Canadian Apple retail stores are hosting a weekend workshop called “Create a Chinese New Year Greeting with your Family,” where attendees can create short movies, illustrate greetings, or record a family message that can be sent to family or friends. In the UK, the Apple Regent Street store in London is hosting a Photo Walk that will teach attendees how to take fabulous iPhone photos of costumes, colors, and food on display as part of the celebration. Apple also gave away Beats Solo3 wireless headphones with a qualifying purchase earlier this month in some Asian markets, and high-resolution folk art wallpapers has been posted on regional Apple website.

That’s all for today; I’ll be back Monday afternoon with another edition of the AWT News Update. 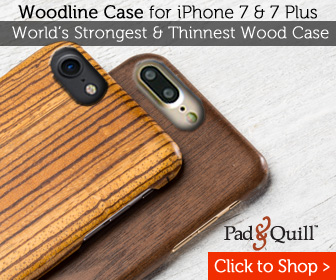