Just three short news stories today to keep you up to date on what’s happening in the world of Apple:

This is Steve Sande for Apple World Today, and you’re listening to the AWT News Update for January 26, 2017.

Do you drink enough water? There’s a lot of debate over exactly how much you should drink, but those in the healthcare field say that most of us are dehydrated and that we need to down a bit more H2O everyday. Apple has added the app WaterMinder to the App of the Week promotion, and you can pick up the app — normally $2.99 for iPhone and iPad — for free. WaterMinder reminds you to drink water and provides a way to track what you’re drinking as well. It also tracks other beverages, like coffee, juice and my personal favorite, beer! We have a link in the show notes.

HBO released an update for its iOS app for cable subscribers, HBO Go. The update enables support for Apple’s dedicated TV app and provides single sign-on with compatible cable or streaming providers. Now you’ll be able to track shows and movies that are available in HBO Go in the Apple TV app. Oddly enough, HBO Now, which is the standalone version of HBO Go, has been compatible with the TV app since its release so we’re not sure why HBO took so long to bring the feature to the other app. The single sign-on capability can automatically grant access if you’ve authenticated once with your provider. Sadly, single sign-on is only supported at this time by the Dish Network, Sling TV (which is a subsidiary of Dish) and DirecTV.

The United Kingdom’s Ministry of Defense has been working on a program that allows armed forces members to make secret calls using a smartphone. The group was originally using the Samsung Galaxy Note 4, but the security inherent in the device wasn’t considered sufficient. Instead, British Telecom — which is working with the Ministry of Defense on the project — will use specially modified iPhone 7s for secret communications. The modification allows for switching between different operation modes and security levels depending on the sensitivity of the information in the phone call. This project goes against the current market trend of using high-security specialty smartphones such as the Boeing Black and Silent Circle Blackphone. In the US, the security of the iPhone is considered so good that the federal government has tried — without success at this point — to weaken the encryption of the device with special backdoors. 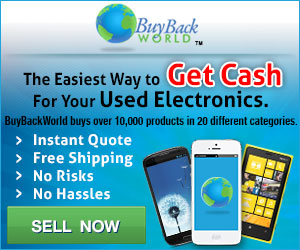