We hope you listen to the Apple World Today News Update every day, but if you don’t, you should listen in today just to hear AWT’s Steve Sande absolutely fumble over a 7-syllable name…twice.

This is Steve Sande for Apple World Today, and you’re listening to the AWT News Update for January 25, 2017.

Oh, joy. As if we haven’t had our fill of Facebook ads in our news feed, Facebook today revealed that it will start limited testing of ads in the Messenger app for iPhone and iPad. At the present time, the test will be limited to a group of Australian and Thai users, as well as to just five advertisers. The ads will apparently appear quite a ways down on Messenger’s home screen so that core functions are still easily accessible. The ads will not be targeted based on the content of your messages, as that would angered most user of the messaging app. Fortunately, Facebook’s Stan Chudnovsky reports that the Messenger test will last for several months, and that “it’s not going to be expanding anywhere for a long time.”

Apple has been sued by almost everybody in the world and is still battling Samsung for patent infringement in a case that will probably never end. Recently, the company filed a lawsuit for $1 billion against Qualcomm over anticompetitive practices that were pointed out by the US Fair Trade Commission. Apple has now filed a second suit against Qualcomm in China, this one for $145 million in damages. Qualcomm is of course denying the charges, saying that Apple was given deals for cellular modems that were consistent with the rest of the industry. Apple’s response is that “Qualcomm insists on charging Apple at least five times more in payments than all the other cellular patent licensors we have agreements with combined.” Qualcomm has also been hit with $854 million in fines in South Korea and $975 million in China for similar issues, and is being scrutinized in the EU as well.

Speaking of international business, Apple has been trying to enter the booming smartphone market in India for quite a while, but the country wants Apple to actually manufacture iPhones in India before it will agree to tax and tariff exemptions that will give iPhones a better chance. Well, the Wall Street Journal says that the company is getting close to an agreement with India. Apple Vice President Priya Balasubramanium has been working with officials in India, and a statement from the company quoted by Reuters says that “We’ve been working hard to develop our operations in India. We appreciate the constructive and open dialogue we’ve had with the government about further expanding our local operations.” It’s hoped that by making iPhones in India, the company can offer them at a more competitive price and also benefit from Indian consumers knowing that the phones are built locally.

Here’s a story we’re glad we didn’t cover…because it was false. Yesterday, a Reddit post claimed that Apple had removed online reviews on its website for the LG UltraFine 5K display because they were negative. Sure enough, looking at the page for the LG 5K display shows no reviews, nor is there any way to make a review. However, it was found through looking at online archives that Apple just never enabled reviews for the display, so there’s no way that Apple removed reviews. Our Dennis Sellers had an opportunity to review one of the displays recently and gave it a 4 out of 5 star rating. 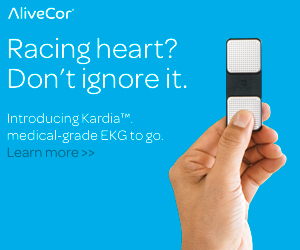